According to the recently released Thailand Real Estate Market Report for 2014 and 2015, Pattaya constitutes the most popular place for those interested in property investments. Thanks to recent developments completed in the Wong Amat, Jomtien and Pratumnak Hill areas, the report concludes that the Pattaya region will experience constant growth throughout the entire period of 2015. 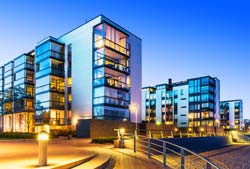 Pattaya’s legal system is on your side

The straightforward legal system and the lack of bureaucracy are by far the greatest incentives for foreign investors. Buying property in Pattaya represents a considerably simpler and more straightforward process compared to what you can find anywhere in the world. Making land attractive for foreign investors is supported by a truly transparent and flexible legal system.

Registering one of the highest growth rates among all countries in the East Asian region, Thailand’s economy is estimated at over $130 billion, raking in $13 billion per year. The growth is partially due to the high demand of property in popular touristic locations such as Pattaya. Not only is Pattaya a world-renowned visitors’ hub, but its strategic site makes it highly attractive for multinational companies that own well-established offices in the region.

What this means is that as the amazing condominiums and villas continue to be erected in the region, you should expect the available land to decrease and the prices to soar. Well, based on the official statistics, the value of the land in Pattaya increases by 27% per year on average. 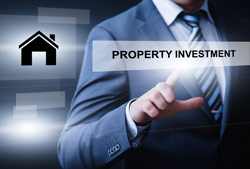 The most popular type of investment

The condos constitute one of the most popular choices for foreign investors in 2014 and the reports indicate the trends will continue next year as well. In the past few years, the large investments made in the region and particularly in Jomtien Beach have helped the Pattaya real estate outperform that of more upmarket resorts like Samui or Phuket.

In fact, with a bit of research, you can even find new condos at prices around 76,000 baht per SQM, as opposed to over 100,000 baht requested in the aforementioned resorts. Take note that in 2012 the average price per SQM for a condo was of 47,000 baht. It goes without saying that the prices listed here are gross approximation, and that the real costs will be based on the location of the development, quality, amenities, facilities, and even whether or not it provides an ocean view.

Now is the perfect time to invest

Given the plethora of new condominium projects launched and completed in 2014, take note that the available construction land in the region is becoming scarcer and consequentially, very expensive. Even so, for the time being Thailand’s popular resort beach continues to remain one of the most reasonably priced areas to invest in real estate.

For now, it is estimated that approximately 30% of the properties will be credited to foreign investors, and despite the 10% increase in Pattaya’s territory, analysts suggest that the predicted prices in the region will stay strong and stable. Financial experts also suggest that this trend will be maintained even after the market opens in 2015.