The Dangers of Living in Thailand

Like any country there are advantages and pitfalls to living abroad for either a short or extended period. It is important to remember that Thailand is just another country in the big scheme of things, but an understanding of the traps and hazards to be aware of, can lead to a more productive and happy stay. 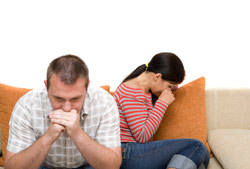 The single largest source of unhappiness and hurt feelings in Thailand stems from poor relationships. Broadly speaking men in the West are lonely and there are lots of reasons for that but if we combine that loneliness (often post-divorce) with impoverished Thai women it’s easy to see how a matched agenda, through marriage can be artificially created. This isn’t to say that the equation doesn’t work. It often does, but the number of men (and sometimes women) who find themselves entwined or married to a financial predator and blinded from rational decision making because of their Thai partner’s ability to deceive in order to secure financial security is too high and widely documented.

Thailand has its fair share of spice and nightlife excitement. One is for the tourist trade and the other (much vaster) is for Thai males to indulge in. Broadly speaking they don’t overlap too much but the long-time resident is at risk of conducting a lifestyle that simply would be looked down upon in the West. Everybody is entitled to do as they wish as long as it doesn’t hurt others, and if that includes a red light lifestyle then so be it. However the propensity for some men to lose the plot and become visibly depraved is a danger of living in Thailand. The proximity to girls, beer bars and nightlife can slowly but recognisably change a person that is evident to all but the person themselves. 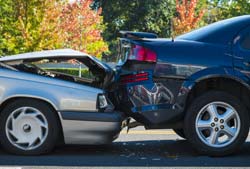 The cost of life in Thailand is cheap. A murder can be sorted out relatively inexpensively, though not without risk of getting caught. The real cost of life in terms of volume however can be seen in the way that health and safety are applied by often poorly educated people. Safety across any number of daily activities is rapidly improving but still not good enough. This leaves the visitor exposed to hazards and dangers not normally found in more developed countries. Electric shocks from swimming pools, mindless motorbike and car accidents, mad vendettas and all kinds of deadly ends to life confront not just the Thais, but the luckless visitor from abroad. The cost of life is cheaper so less fuss is made than elsewhere.